The sight of a uPVC door on your home immediately acts […]

The sight of a uPVC door on your home immediately acts as a potent visual deterrent. Burglars know that not only are these doors more secure than their wooden counterparts, they are also fitted with multipoint locks: a locking mechanism that secures from several points (from a basic 3 point, to the ultimate 7 or 10 point).

An experienced burglar can force a wooden door open in a matter of seconds. They only have one security point (the mortice lock)China Cheap TSA Password Padlocks Manufacturers situated in the centre of the door. The same potential burglar, faced with a multipoint locking mechanism, does not know where the door's weak areas are - their job is 3 to 10 times more difficult. For this reason, homes fitted with security such as this are unlikely to be targeted as they cannot be accessed by traditional methods. 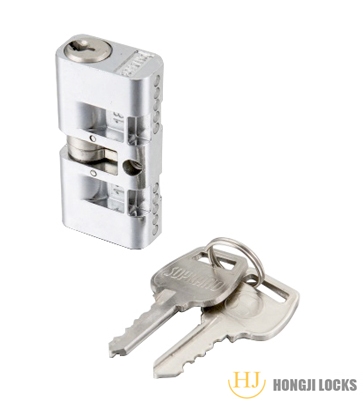 Due to increased car security, which makes modern cars virtually impossible to break into, homes have come under increased threat of burglary in order that keys for vehicles can be stolen. Because of the improvements in uPVC doors and multipoint locks, burglars have had to become increasingly more sophisticated in their approach - with the potential rewards of a vehicle to drive away in being a huge incentive.

The 'weak spot' in modern doors has been isolated as the lock cylinder. Once this weakness has been exploited, it doesn't matter if the lock has 3, 5, 7 or 10 locking points - the burglar can open the door by simply pulling down the handle.

Mul-t-lock are one of the first companies to develop a cylinder that can withstand this new and devastating access method. By installing their locks, you keep your home and your family one step ahead of the criminals.

0
PREV: Does the key contain lead, what composition, and what proportion?      NEXT: What is the difference between Golden Dot Atomic Padlock 33 series and 32 series?
Contact us