News
Home / News / What is the name of that long lock in ancient China?
News

What is the name of that long lock in ancient China?

Several types of locks in ancient China The types of locks Medium and thin models Brass padlockin ancient China are roughly divided into two categories: bai reed structure locks and text combination locks. Among them, reed structure locks can be divided into four types: wide locks, Citi locks, torture locks and jewelry locks. Most of them are horizontal locks, used for doors, cabinets, and boxes. Guangsuo: It was mostly produced in Shaoxing during the Guangxu period of the Qing Dynasty, commonly known as "Shaoxing", and it is also called "horizontal open lock", "bright lock" or "pillow lock". Most of them are copper, with a concave shape on the front and a combination of triangle and rectangle on the end. Before the Ming Dynasty, Guangsuo was mostly made of copper with a long cylindrical end. The Guangsuo of Ming and Qing Dynasties were mostly copper, with a triangular upper part on the end face and an oblique square lower part. After the Qing Dynasty, the material was mostly brass, but also Yunnan white copper and iron.

The upper part of the end face was the same as that of the Ming and Qing Dynasties, and the lower part was square. The iron wide lock adopts the style of the wide lock before the Ming Dynasty, and its end is a long cylinder, with three hoop, five hoop, car light and other types. The hoop is an iron hoop with a pattern on the cylindrical lock body to increase beauty and strength. The surface of the lock body is plated with nickel or copper to make it bright and clean. Citi Lock: "Flower" refers to a pattern, and "Flag" has the meaning. "Citi Locks" are quite traditional and are generally made of gold, silver, copper, iron and other materials, with copper being the most. Most of them are used in cabinets, boxes, drawers, etc., with exquisite appearance and blessings. Jewelry locks: decorative metal locks, mostly made of gold and silver materials. Stranded with a chain and hung around the neck, it has the shapes of Ruyi, chicken hearts, ingots, flowers and animals. The surface of the lock is engraved with exquisite flower and bird patterns, as well as the words Fu, Lu, Shou, Xi, Longevity, Hundreds of Life, Ruyi and Auspiciousness. Torture lock: also called personal lock, iron lock used to lock iron chains and wooden shackles. Character combination lock: It is in the shape of a horizontal cylinder. 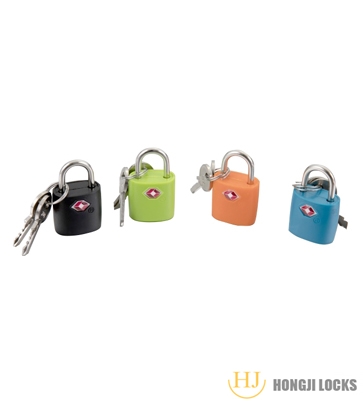 A number of wheels of the same size are arranged on the axis. The surface of the wheel is etched with the same number of characters. The two ends of the cylinder are connected by two upright pillars. Connect a lock beam. When all the characters on the wheels turn to a certain position, and the characters form a specific string, the lock can be opened without a key. The number of wheels of the character combination lock is mostly three to seven, and several wheels are called several ring (combination) locks.
The earliest lock was made of wood, with a very simple structure and could not prevent theft. It was just a symbolic lock. The Chinese metal lock was invented in the Han Dynasty and was a reed lock. Iron locks were mostly used in the Song Dynasty. In the Ming and Qing Dynasties, copper locks became a necessity for every household. As a daily necessities, ancient locks of different materials and different crafts record the development level of social productivity in different periods, and some locks with special shapes and patterns also record the folk customs at that time. From this perspective, ancient locks Has historical research value. art value. It is human nature to love beauty. Ancient craftsmen in our country have never forgotten to inject artistic elements on a practical basis when making utensils.
Bull locks, turtle locks, crab locks, frog locks, pipa locks... Introduce certain shapes into the design of locks, which adds cultural connotations beyond practicality, and the scale is appropriate, the structure is reasonable, the shape is vivid, and the decoration Rich and beautiful, all include the aesthetic conception. In addition to styling, many locks also use various techniques such as flat carving, open carving, hollow carving, engraving, gilt, wrong gold, gold-clad, gilded, and inlaid. The exquisite craftsmanship and beautiful shape make the lock itself a work of art.
Ancient locks are classified into wooden locks, golden locks, silver locks, jade locks, brass locks, iron locks, stone locks, cloisonne locks, etc. according to their materials. The more expensive the material, the higher the value of the lock. Therefore, the value of golden locks, silver locks, and jade locks is higher than that of brass, iron, and wooden locks.

0
PREV: What should I do if the world lock of the security door cannot be locked?      NEXT: Do you know the five uses of locks?
Contact us